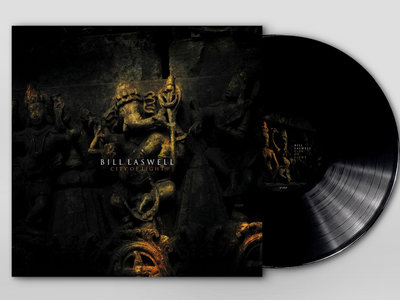 Available for the first time ever on vinyl! Bill Laswell is a true musical legend, often referred to as “man with the golden ears“ . He has been involved in hundreds of recordings with countless collaborators from all over the world. Bassist, composer and music producer - enough to say that he was the producer for such legendary albums like Motörhead ‎- “Orgasmatron”, Iggy Pop’s “Instinct”, Public Image Ltd – “Album” or Swans “The Burning World” to name just a few.

In 1997, Bill Laswell released his sixth solo album “City of Light” recorded in Banaras, India, and mixed in Greenpoint, NY. For this album, he invited John Balance and Peter Christopherson from COIL, they did 13-minutes epic composition “Kála”; and Japanese ambient genius Tetsu Inoue, who enriched the album with its characteristic sound. Together they created an amazing conceptual record full of deep drones, tabla-rhythms, and ambient collages. “City of Light” is about Banaras, a city older than history, tradition, and legends. It is Shiva's land, founded at the dawn of creation. It is India's oldest and most fabled city. The Hindus call it Kashi, the luminous... The City of Light.