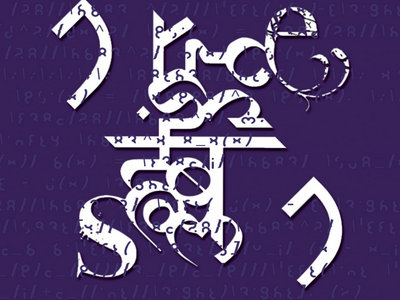 In 2012 Daniel B., Dirk Bergen and Erwin Jadot ( who left after the Muted Tv 10" ) decided to give birth to their brand new NothingButNoise project through a first double album, « Not Bleeding Red », some thirty years after their first and rare effort together. Both musicians who share the same initials and common musical aspirations have then been on a prolific creative collaboration which saw physical releases multiplying as a treasure hunt of some sort, alternately as vinyl, CD, cassette or USB stick formats, up to the release of the recent "Existence Oscillation" trilogy which ended at the beginning of this year, and which distinctly explored the three temporal components – past, present, future – on one dedicated record each.

With « Formations Magnetiques et Phenomenes d'Incertitude » (French for « Magnetic Formations and Phenomenon of Uncertainty»), NothingButNoise opens up a breach in its own space-time and races inside of it, bends it and gives it new shapes to their wishes in order to explore it in all directions at the same time. That experiment allows the band to gather past, present and future within compositions that are too rich to fit onto only one record, which then became a double CD that’s been designed as the observations of two series of physics experiments.